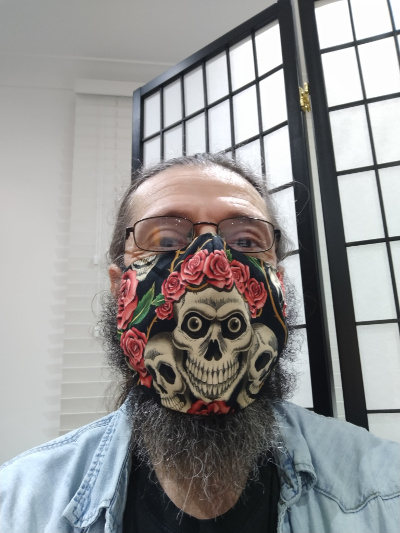 I have a band called Fit and the Conniptions. We have released four albums and a live EP, all of which are available over on Bandcamp.

Back when there were gigs, I was gigging regularly with Whiskey Mick Rowan as well as depping (mostly on bass, sometimes guitar) with various other bands.

I used to hold a London Underground busking license, but don’t do that any more.

As well as the ramblings on this site, I have written for The Guardian, The Independent, Wired UK (the 1990s incarnation) and various other publications over the years. Most of my recent published writing was about busking.

My first novel, The Fool, was self-published, and is available on Amazon.

I am a dreadful cartoonist, which has not stopped me from running a webcomic also called Fit and the Conniptions. I started it in 2006, and while it no longer updates three times a week like it used to, it still updates occasionally. It can be found over here.

My current day job is at a well-known London museum and involves a mix of coding and sysadmin work. I love it.

I recently wrote ‘anti-social’, a plugin for Firefox to help manage time spent on social media, which is available here.

More code, a lot of it somewhat whimsical, over on Github.