An hour ago or so, Stephen Fry posted this on Twitter… 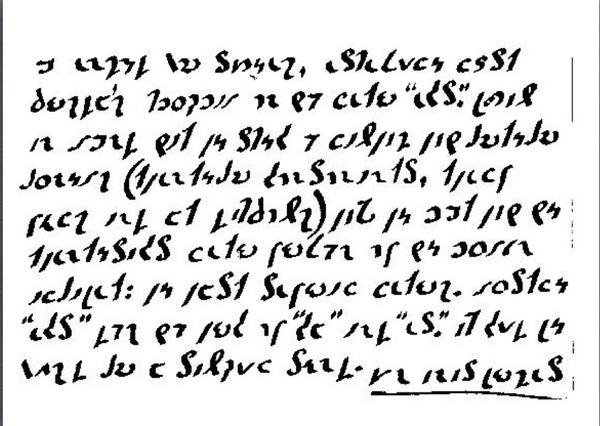 I bit, and hard. Not mirrored Hebrew, not Thai, not Mayalayam. Not anything else I could think of. Looks a bit like the Voynich manuscript text, but isn’t that either. Hum.

Shortly afterward, he posted a suggestion that it might have been the Shavian alphabet.

I enjoyed your series, especially last Thursday’s program on the letter ‘X’. Bearing in mind that we speak a language with forty-four phonemes (twenty-four consonants, twelve vowels and eight dipthongs) which we write with the twenty-six letter version of the Roman alphabet: we waste several letters. Mostly ‘X’ does the work of ‘K’ and ‘S’. It could be used for a single sound. Iain Innes Burgess

I strongly suspect this guy, (scroll down for the letter from the guy of the same name) though I have no real basis for doing so.

That was a fun hour or so. I’d never heard of the Shavian alphabet before.

Of course, poor Mr Fry’s @-reply stream is now full of what must seem like every single one of his 4.8 million followers working on their own translation.

This may be the biggest boost the Shavian alphabet has had in some time.